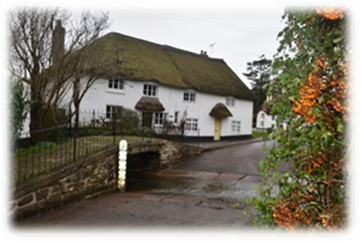 The Annual Parish Meeting is held in April or May every year.  The meeting gives parishioners an opportunity to discuss parish issues.

The 2020 APM was cancelled due to Coronavirus.

The format for meetings varies from year to year.  Sometimes a speaker is invited and local clubs and societies are invited along to provide a table display of their activities.

Minutes of the Annual Parish Meeting held on Thursday 4 April 2019 in the Parish Hall Club Room at 6.45pm

Mr Sorenson presented two possible plans drawn up by DCC for a pedestrian crossing in the Village centre.  The cost for Scheme A was approximately £175,000 and Scheme B, approximately £250,000.  Both schemes would involve taking some of the Village Green and this would require permission both from the Parish Council (who own the Green) and the Secretary of State.  Scheme B would require some additional land acquisition.  A zebra crossing had been ruled out due to regulation requirements.  If agreed, the pedestrian crossing would likely be funded from future Section 106 contributions from developers.  It was possible that Scheme A could be re-worked to include a couple of parking spaces with timed restrictions by the Post Office, although it would not be possible for parked cars to move if the bus arrived.

A parishioner reported how difficult it was to cross the A377 from Sand Down Lane to Tytheing Close and Mr Sorenson suggested the parishioner write to him with details as it might be possible to look at the road layout if and when the old school site is sold for development.

Mr Sorenson confirmed that the flashing warning lights for the school would be moved as soon as possible and the dropped curb at the new school site would be completed.  Our Neighbourhood Highways Manager was looking at the possibility of a school warning sign in Station Road and a speed assessment would be carried out very shortly.

3. Minutes of the Annual Parish Meeting held on Thursday 3 May 2018

Agreed and signed as a true record.

My year as Chairman has flown by. I must start by offering my sincere thanks to David Baker, Jill Baker, Adam Reeves and Paul Taylor, all of whom are stepping down from the Parish Council this year. David and Jill are responsible for encouraging the Parish Council to be outward looking and democratic and they most certainly deserve the thanks of the whole community for their many years of work on your behalf. We wish them both some good family time in North Devon.

Adam too has most certainly contributed more than his fair share to our local well being. We wish him all of the very best in his new career as a Hotel Group Director up North, albeit he will be living in the village at weekends at least.

We are also losing Paul Taylor who is stepping down due to eye issues. Paul has been a great help on legal issues as well as chairing the Boniface Trail committee. No doubt we will continue to keep in touch.

Most of the work carried out by the Parish Council passes under the radar. Jobs like recruiting and looking after Snow Wardens, Neighbourhood Watch Deputies, Litter Pickers, Allotment Holders and Speed Watch Marshalls; all requiring local volunteers without whom the community would be a far less attractive place.

Then there is the attendance at meetings of local organisations and in particular the Village Hall, the Arboretum and the Recreation Ground, all of whom are run by volunteer committees and help to enrich our lives.

All Councillors have specific responsibilities as well as collective ones and their hard work is very much appreciated.

This year we have been plagued by potholes, especially on the A377. They are the responsibility of Devon County Council and will be repaired eventually, probably early in May?. We keep chasing them and they keep putting us off. And the intervention of our County Councillor, Margaret Squires, gets us no-where either. But we continue to pressurise as best we can.

The flashing lights outside of the old school continue to flash almost a year after the school moved to Station Road. And still there are no school signs in Station Road. However we will not give in. As the saying goes…Everything will be alright in the end. And if it is not yet alright, then it is not yet the end!!

On a brighter note our hard working District Councillor, Peter Hare-Scott, is retiring this year and he is warmly thanked for the considerable help he has been to resolving issues on our behalf.

In next year’s report we would hope to have good news about the installation of Average Speed Cameras and some progress on plans for a Town Centre Crossing. And far fewer potholes.

The Community Fair was a success and will no doubt be repeated. A village such as ours really does rely heavily upon volunteers and it is great to see that there are so many community minded people about.

However more helpers are needed so please do step forward and lessen the burden for all.

The new school is attracting more pupils and the new houses in Kingfisher Close are almost fully occupied. Soon we should hear about the plans for the old school site and you can rest assured that you will be kept fully informed.

Your Parish Council`s philosophy is to be completely open and honest with our Community and we will always fully share the information that comes our way. Do please follow us on Facebook for updated information and keep an eye on our website and village notice boards too.

Finally we have been informed that 7 candidates have stood for the 9 seats on the Parish Council. You have heard that David Baker, Jill Baker, Adam Reeves and Paul Taylor are leaving council and once again I offer them sincere thanks on behalf of all the residents in Newton St Cyres.

Two new councillors have been elected. Roger Cashmore, who has served as a NSC councillor previously, and Graham Scopes who has regularly attended our meetings seated in the parishioners chairs. From next month both will take their place at the Parish Council table alongside Liz Ouldridge, Steve Parker, Gina Quicke, Chris Southcott and myself.

The 2 vacancies will hopefully be filled by co-option.

Circulated to those present and noted

The Community Award for voluntary services was presented to Peter Hawksley

There were no questions

The Chairman thanked everyone for attending and the meeting closed at 7.25pm